The industrial tablet computer integrates the host, display and touch screen into one. It has the characteristics of good stability, high reliability and strong scalability. It is widely used in self-service terminals, medical equipment, industrial control, automation equipment, telecommunications, electricity, network, etc. Rail transit and other fields.

The four-wire resistance screen is attached with two transparent conductive layers of ITO between the surface protective coating and the base layer, the two layers correspond to the X and Y axes respectively, and the two layers are insulated with fine transparent insulating particles.

The base layer of the five-wire resistance screen is attached with a transparent conductive layer ITO that applies the voltage fields in the X and Y directions to the same layer, and the outermost nickel metal conductive layer is only used as a pure conductor.

When touching the screen of the industrial tablet computer, the method of detecting the X-axis and Y-axis voltage values of the inner layer ITO contact point is time-sharing to measure the position of the touch point. The inner layer ITO needs four leads and one outer layer, a total of 5 leads.

When the screen of the industrial tablet computer is touched by hand, the human body acts as one pole of the coupling capacitor, and the current is collected from the four corners of the industrial tablet computer to form the other pole of the coupling capacitor. The controller calculates the relative distance from the current to the touch position to obtain the coordinates of the touch. Geshem can offer 15 inch industrial capacitive touch panel, 21.5 inch industrial monitor capacitive panel and 10 inch all in one capacitive touch screen panel and so on.

The infrared touch screen uses a densely distributed infrared matrix in the X and Y directions to detect and locate the user's touch.

The infrared touch screen is equipped with a circuit board frame in front of the display, and the circuit board is arranged with infrared transmitting tubes and infrared receiving tubes on the four sides of the tablet computer screen, forming a horizontal and vertical cross-infrared matrix in one-to-one correspondence.

Surface acoustic wave is a kind of ultrasonic wave. The mechanical energy wave propagating on the surface of the medium (such as rigid materials such as glass or metal) can be directional and small angle through the wedge-shaped triangular base (strictly designed according to the wavelength of the surface wave). Surface acoustic wave energy emission.

When a finger or a soft object touches the screen of an industrial tablet computer, part of the sound wave energy is absorbed, so the received signal is changed, and the X and Y coordinates of the touch are obtained through the processing of the controller. 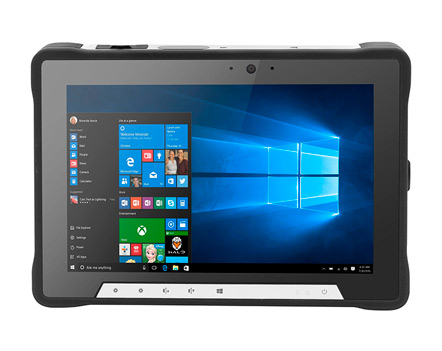 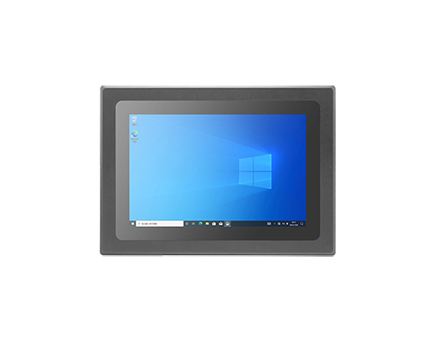 10.1 Inch All In One Economy Touch Panel PC 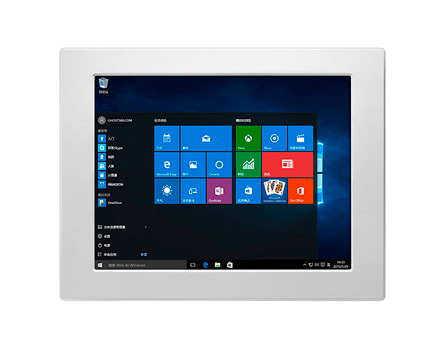