The human-machine interface layout design of industrial displays should be simple, balanced and consistent in style according to ergonomic requirements. So what is the layout and structure of the industrial display interface? The following is a simple analysis for you.

Ⅰ. The display interface of the industrial display consists of 3 levels

This layer contains the information displayed by the different system parts in the system, and how to use these system parts to work together.

Ⅱ. The interface structure of industrial display is divided into 3 parts

1. The concept of selection interface depends on multiple interfaces

Layering is to expand buttons of different levels vertically in different areas, and there are clear dividing lines between the areas. When a button is used to pop up the lower-level button, other buttons of the same level are hidden to make the logical relationship clearer.

3. According to the principle of consistency, ensure that all objects on the industrial PC screen, such as windows, buttons, menus, etc., have the same style. The size, bump effect, label font and font size of the buttons at all levels are consistent, and the color of the buttons is consistent with the background color of the interface.

Ⅲ. What are the applications of industrial displays?

The shell material of the industrial display screen is made of metal, and the internal board lines are industrialized design, which is not easy to age; the concept of energy saving and environmental protection is reflected in the low energy consumption design, the use of environmentally friendly materials, and the regular appearance is convenient for splicing, combined installation and other industrial needs.

The appearance of industrial displays is very similar to that of ordinary LCD screens, but there are big differences in materials, etc. Industrial LCD displays have a variety of display sizes and installation methods. 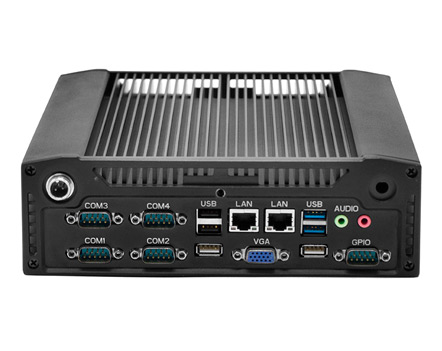 How to Judge the Quality of Industrial PC Motherboard? How to Use Embedded Industrial PC Correctly? How Does the Car Mount Computer Help the Intelligent Management of the Car?
We use cookies on this site, including third party cookies, to delivery experiennce for you.
Accept Cookies
Read Privacy Policy